I cycled to Perth yesterday, mainly as a way to stop thinking about things. I didn't really think there would be any OSM mapping to be done on such a popular route, and there wouldn't have been if it weren't for the roadworks along the freeway which forced me to cross over the overpass and ride through the streets of South Perth. The official detour ended and I could have crossed back, but I carried on... through non-cyclepaths and large detours around intersections. I looked at the map, and it did actually look like there was a whole path along the golf course that wasn't on the map, but actually it was added a month ago and OSMand hasn't updated yet.

But it was interesting to see the new timber shingles being put on the Old Mill. 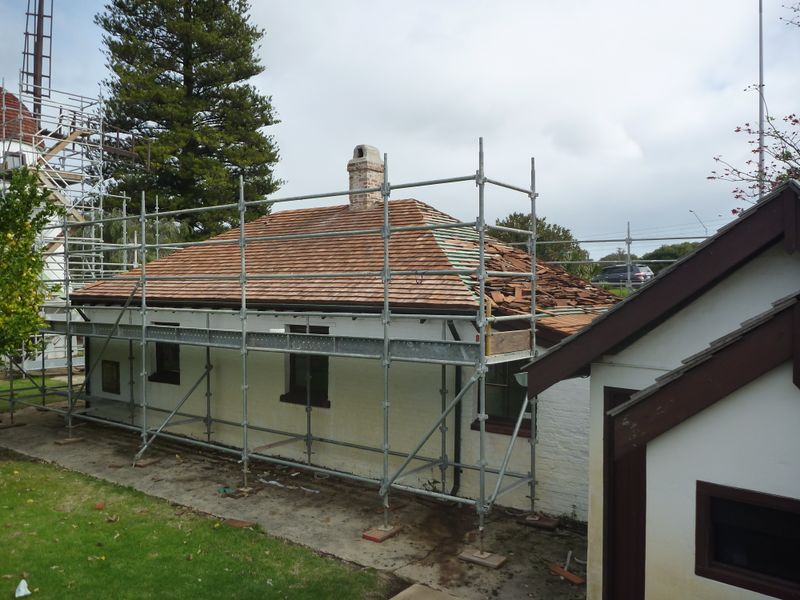